What is the Via Beata Project? 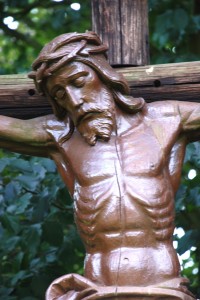 As this new millennium has unfolded, we have felt that God has been calling us to establish a major trail of Christian art-works that will communicate His love for people, and for the U.K. Gradually it has become clear that we should establish a sort of pilgrimage route across the U.K. from East to West at its widest point.

It was only when we came to set out this line from Lowestoft to St. David’s, that we discovered that it came right through our property here at Rowancroft, Banham, Norfolk. Consequently the first way-station was set up here in the Summer of 2009 and we have worked outwards to the East and to the West with the initial aim of establishing a way-station every ten miles or so and linking them with existing footpaths and rights-of-way.

The name ‘Via Beata’ means ‘a way of blessing’. As this project has developed, we have been constantly surprised by the ways in which this blessing has touched individuals, churches, groups and events. This has been far beyond our early expectations. Our initial thought was that we would be commissioning artists to create pieces to place along the route, but increasingly we are working with churches, group projects and Christian events to make them.

As we look to the future, we are confident that the blessing will continue and increase. Our prayer is that it will touch more and more people, communities and churches, and ultimately will be a blessing for our nation. 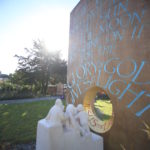 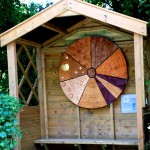 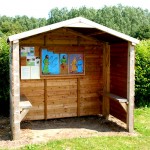 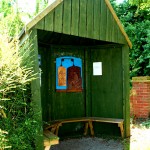 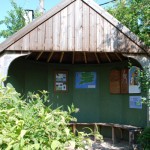 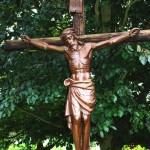 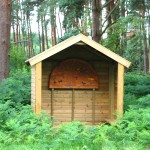 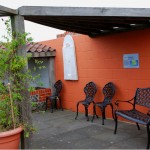 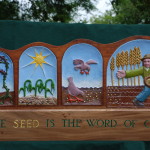 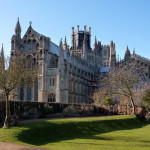 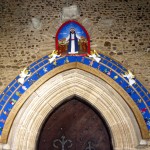 From The East and West, Bluntisham, Huntingdonshire. Location TL373745 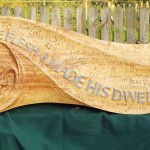 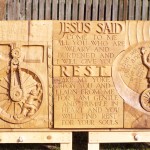 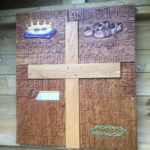 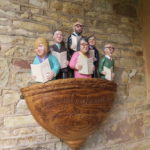 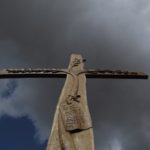 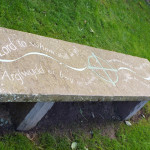 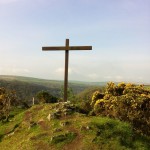 Via Beata has not been hampered by Covid restrictions!

Although much of the world has been held back by the Covid restrictions during these past few months, The Via Beata project has continued to forge ahead.       Firstly, the large stainless steel sculpture for the South Pier at Lowestoft is complete. Paul Pibworth, the sculptor has been able to get on with this. He […]

It took nearly a year of work and then another year to season the wood, but the artwork for Stretham church is complete.  It is a bit unusual for the carving team because it is a ‘true sculpture’ rather than relief work that is normally put onto benches or panels.   This work is also special […]

Read more at bsm-church.org.uk/ourminister.htm The Via Beata is a new pilgrim route running across the widest part of the country from Lowestoft to St David’s. Conceived as a millennium project wood carver Steve Edrington and his wife Gill have been trying to place prayer way stations every ten miles along this route (for further info […]

What a wonderful way to finish the routing of the Via Beata! What made it so special were the people that offered Lorie Lain-Rogers and I such amazing hospitality, together with those who were able to walk with us at this last push! My prayer is that this is just a forerunner with people opening […]

Each Thursday a group of volunteers who are gradually accumulating hours of carving experience meet in rural Norfolk at the Via Beata headquarters to work on the latest project. As much of this blog is written by our intrepid walkers we wanted to hear a little from the carvers who work on the artworks themselves. […]

Together with my walking companion Lorie Lain-Rogers and a local supporter, Christine Smith, we completed another section of the Via Beata at the beginning of April.   Starting in Hay on Wye, the first two days route-writing was easy as we decided to follow the Wye Valley Walk from there to Builth Wells, making two […]

Get new Via Beata blog posts sent to your email address

We want everybody to know that God loves them and that he has sent His only Son Jesus to die for them.
So that whoever they are, and whatever they might have done, they can be forgiven and be welcomed into God’s eternal family.

How can I help?

The Via Beata is powered by volunteers!  You could really make a difference by offering skills and time to the project.  Here are a few ways you can help:

Thank you! I have received your message.