A sailboat with red sails was beating up against the wind close to the wall of the South Pier at Lowestoft while the new way station was being commissioned. On the Pier, the Great Yarmouth brass band, resplendent in navy blue with gold piping, struck up the tune of “Eternal Father strong to save”.  The hundred or so people, who had gathered to join in the celebration, thoroughly enjoyed singing.

After years of effort, and with the help of Tim Jenkins, from the Fisherman’s Mission, the steel sculpture, made by Paul Pibworth from Potton, Bedfordshire is now in place and looking great.  This sculpture marks the most easterly point of the Via Beata trail and is dedicated to the memory of the fishermen of Lowestoft. 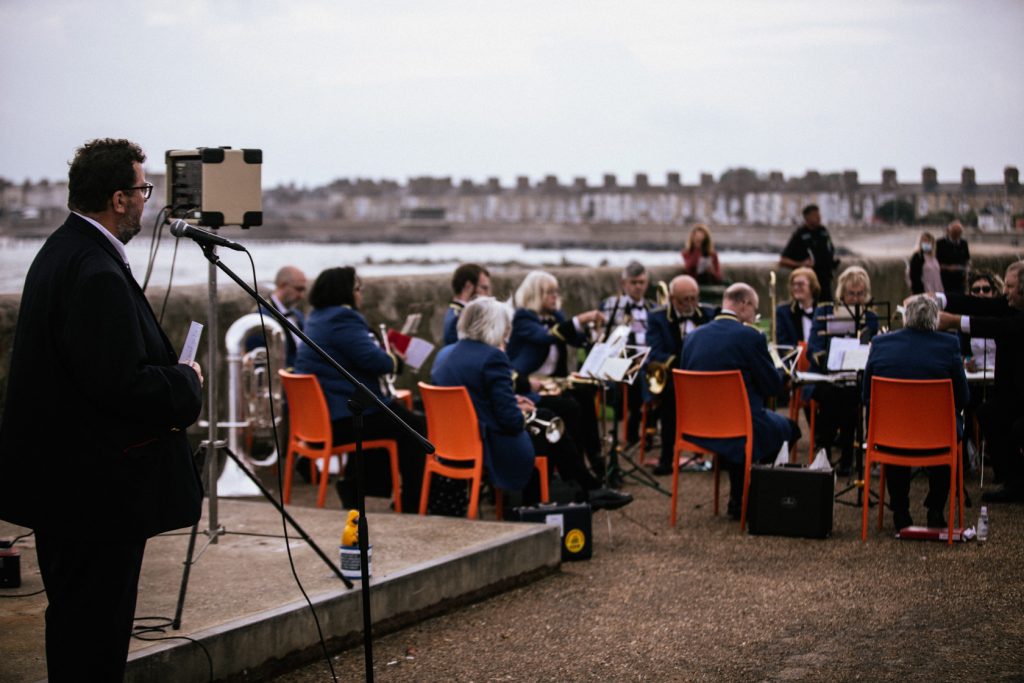 The reading was from John Ch 21 vs. 1 – 14 about Jesus and the miraculous catch of fish. The sculpture depicts this miracle and the moment when John stood in the boat, exclaiming to the other disciples, “It is the Lord.”  A poem by Claire McIntosh was read by the Mayor of Lowestoft.  It told the story of the 140 years of the Fisherman’s Mission. Tim Jenkins went on to thank all those involved.

Steve Eggleton gave the message.  He preached about the event that is depicted on the sculpture and then explained that it was 100 years since the revival of 1921 in Lowestoft.  He also noted that that revival was preceded by the devastating Spanish Flu pandemic. He ended with an impassioned invitation to “Come and have breakfast with Jesus”, referring to Jesus’ words to his disciples that morning. 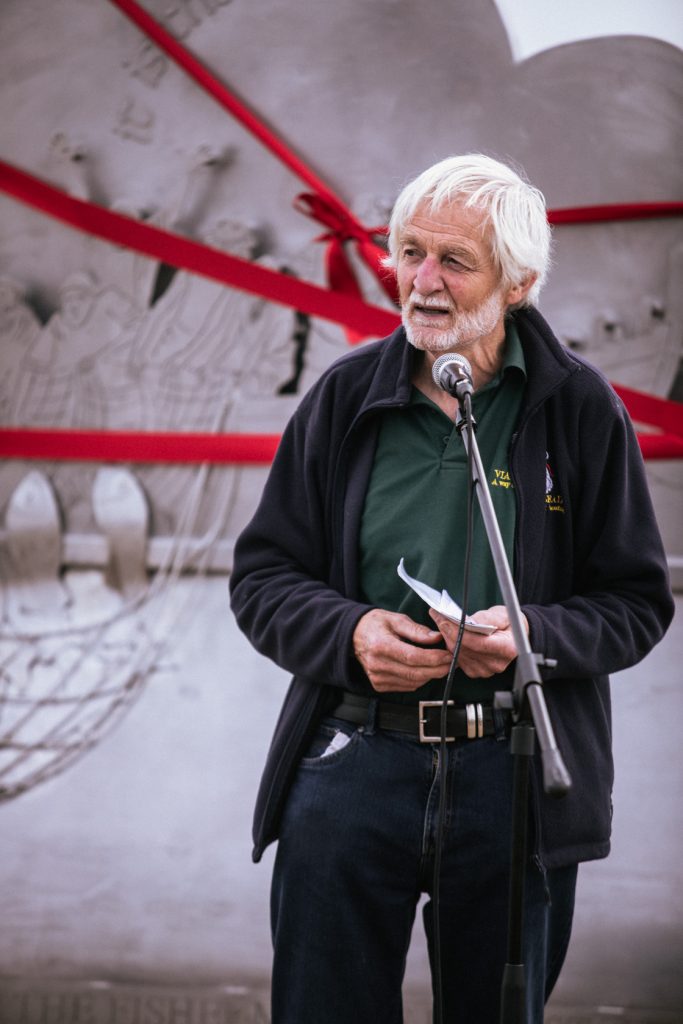 Steve Eggleton of the Via Beata

The ribbon was cut by Major General John Sutherell, Deputy Lord Lieutenant of Suffolk on behalf of the Lord Lieutenant, Lady Claire, Countess of Euston.

Rev. Canon Steve Wright prayed a blessing over the sculpture, after which the band led those gathered on the pier in singing the hymn “Amazing Grace”. 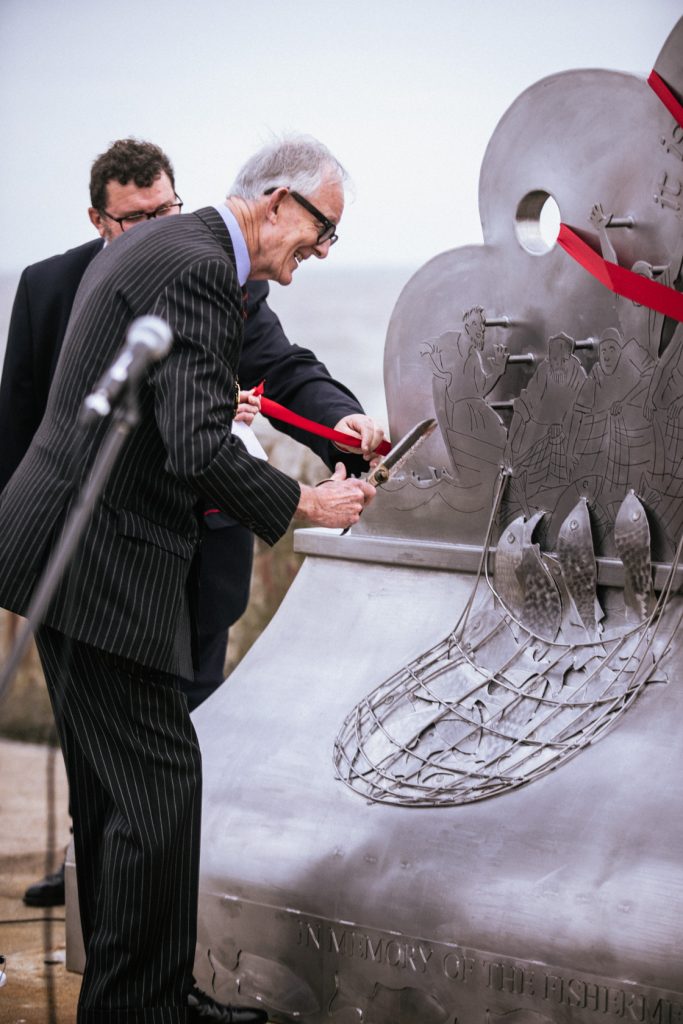